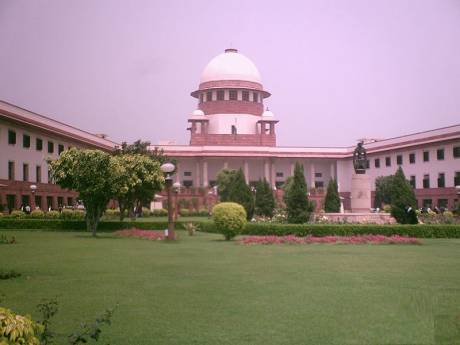 This Registry for the present is following the provisions of Right to Information Act, 2005 (22 of 2005) which is also available on the website of the Supreme Court of India.

Rs.10/- either in cash or by way of Indian Postal Order or by Money Order or Demand Draft drawn in favour of Registrar/Accounts Officer, Supreme Court of India New Delhi.

<blockquote>Note : Court fee and cheques are not acceptable as the same are not valid mode as per rules.</blockquote>